Brexit – Breaking up is hard to do! 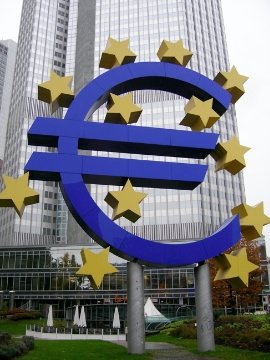 As we have all been digesting the news from Friday about the British Exit from the European Union, we have put together the following post with regards to the themes currently.  As we often say to clients remember to stick to your overall strategy and play your game rather than react to short term noise in the markets.  Underlying profitability in quality companies is still present and although we may see some short term downside over the coming months this will settle.

We still also have our Federal Election this coming weekend (2 July) and then the US Presidential Election later in the year which may add some further uncertainty to markets.

The UK took the world by surprise on Friday when its citizens voted to leave the European Union (EU). This unprecedented move has left everyone wondering what’s next.  Google over the weekend reported a surge in people of the UK searching for what the Brexit would mean to them and even what the EU was… Some may think this is something they as a whole should have done prior to the vote…

Why was BREXIT so unexpected and such a surprise to markets?

A fair question given the polls were so close in the last two weeks. Indeed by the time the polls closed, the bookmakers odds on Remain were a staggering 12 to 1 on.  Essentially, any market good news from a Remain vote was almost fully priced in. Most assumed that the undecideds would break disproportionately to the status quo; perhaps so, but they still need to turn-out and vote.  The non-compulsory voting system added an additional layer of complexity to predicting the outcome.  After all, the bookies and the polls were both well wide of the mark in the last UK General Election when David Cameron won easily.

In retrospect, it seems easy to reconcile why Leave won, albeit narrowly (51.9% to 48.1%). The Remain argument was essentially economic, whereas the Leave argument appealed far more to emotions (sovereignty and immigration) and tapped into the disenchantment with the political establishment, globalization and perceptions of widening inequality. It should hardly be a surprise if Leave supporters were more inclined to turn out and vote.

Keep in mind the Australian Share market on Friday last week was down 3.4% however was only down 1% for the week overall.  This is not to say that the worst is over but it is always important to keep market volatility in context during these times.

So what happens next…?

The UK government is expected to ratify the referendum decision and invoke article 50 of the Lisbon Treaty to inform the EU it would like to leave. Then it has a two year timeframe to negotiate its terms for exit including, importantly, trade arrangements and immigration. It will also need to negotiate with countries like the US and China which currently have trade agreements with the EU (but not the UK).
There will also be political uncertainty in the UK, as the Prime Minister, David Cameron, has announced his resignation.

Is this Europe’s “Lehman Brothers moment”? Will this degenerate or morph into another Global Financial Crisis (GFC)?

This is a political crisis which brings uncertainty and economic weakness; not a financial crisis. Central banks are surely well prepared to add liquidity if required.  Credit spreads and bank funding costs have increased somewhat, but not alarmingly and the current situation is unlikely to impinge upon confidence in the integrity of the financial system.
The bottom-line for the UK

Brexit will cause financial and political disruption for the UK and some of this is outlined below.

What about the rest of the EU?

There are fears other countries, like Spain or France, might also try to leave the EU. There’s also uncertainty over how the EU will react – will they try to hold the UK up as an example in the negotiation? And will they implement more stimulus into Europe to help support it through the transition?
There’s a lot we don’t know yet – so it’s hard to work out the whole picture in terms of consequences remembering this type of event has not happened before.

Sharemarkets tend to be volatile when there’s uncertainty – and this time is no exception. Even though UK and European shares have suffered an immediate impact, there has been volatility globally. This is likely to continue until there is more clarity on Brexit and the next steps.

Countries like the US are considering how this might impact their economies. This may feel worlds away from Australia but we are still affected by this. Banking, tourism and resources in Australia may all see a negative impact and there is likely to be market volatility.
It doesn’t all have to be negative though. There is likely to be increased interest in asset classes like bonds due to the volatility in sharemarkets because they are typically seen as safer.

Managing your investments during Brexit volatility

The key is to stick to your plan when sharemarkets are volatile. As we often say to clients having the balance between defensive and growth assets is important and sticking to your strategy can also ensure in the medium to longer term things will balance out.
Hold the course – If you react to short-term conditions like Brexit volatility by selling your investments, any losses become permanent and you may miss the potential for recovery down the track.
Diversification – That is, spreading your investment across a range of assets like shares, bonds, property and cash can help protect your money when there is volatility in one asset class.
Know your risk appetite – You need to understand what your objectives for your investments are and what your appetite for risk is (your willingness and ability to accept losses or gains).  This can change over time so you need to regularly review this.

Where to from here?

The impact regarding the Brexit referendum is still in its early days – and the UK government has not ratified it yet.  So we can expect market volatility to continue – at least in the short term.  As we often say the key during these times is stay the course of your strategy and focus on the things you can have control over.

Stick to quality investments and if you have any concerns please contact us at the office 1300 772 643.

Scott Malcolm has been awarded the internationally recognised Certified Financial Planner designation from the Financial Planning Association of Australia and is Director of Money Mechanics. Money Mechanics is a fee for service financial advice firm who partner with clients in Melbourne, Canberra and Sydney to achieve their life and wealth outcomes. We are authorised to provide financial advice through PATRON Financial Advice AFSL 307379.