The Government has released its comprehensive plan for tackling climate change and secure a clean energy future with the release of a carbon tax.

The carbon tax will be payable by around 500 of the biggest polluters in Australia. To assist households with price impacts there will be tax cuts and increases in pensions, allowances and benefits.

A significant tax reform will mean that over 1 million individuals will no longer need to file a tax return.

After the Federal Budget announcement in May 2011 I mentioned it was the first time in 9 years we had not seen any tax cuts, but it seem the Government was keeping these in their back pocket to help smooth over the introduction of the Carbon Tax.

The Government has fixed the carbon tax price at $23 a tonne for the first three years after which it will then be determined by the market. 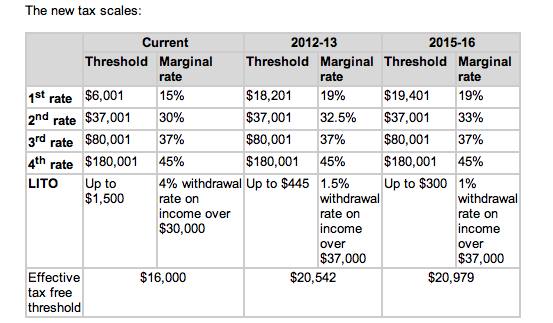 To find out more about the Government’s carbon tax, please click on the link below to the Clean Energy Future website

Impact to your current strategies

As the Government has announced changes to the low to medium income brackets, this may affect some of your planning strategies.

Below is a general outline on some of these changes:

MM Comment:  These are the initial announcements made by the Government on Sunday and still have to be passed through parliament so they may change slightly.  Once finalised it would be a good time to review strategies before the start of the 2012- 2013 income year – we still have time on our side for that one!