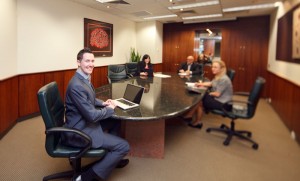 This time of year the analysts are busy preparing estimates and outlooks for the year ahead.  We have reviewed and taken some points from the various research houses and analysts at Goldman Sachs, Evans and Partners and Lonsec Research.

Growth has been slowing in the global economy however the expectation is the Global Gross Domestic Product (GDP) will grow at 3.3% in real terms in 2013. This compares to ‘normal expectations’ of around 4.25% growth  which is expected to return to the Global Economy from 2014.

From an Australian perspective most of the analysts are expecting the Reserve Bank to further cut interest rates and by this time in 2013 the Reserve Bank Rate will be at 2.5%.  It is also expected that the Australian Dollar will come down against the US Dollar and be valued at around $0.98 US cents.

The starting point is Australia’s economic expansion has just reached its 21st year. Australia now has a generation who from the moment that they were born to the time they are formally recognized as an adult have seen nothing other than robust economic growth. A generation who have enjoyed a stable financial system amid a sometimes volatile global backdrop, a sustainable public fiscal position with few international peers, a wealth cycle that has simultaneously enriched their parents and precluded them from thoughts of home ownership and a commodity cycle unlike anything seen since the gold rush of the 1860-80s.

For a young adult Australian, the combination of good luck (living in the age of Asian industrialization) and good supervisory and policy frameworks (high levels of bank supervision, a free floating currency, independent central bank, political stability and solid
fiscal frameworks) has created an environment very different from their developed nation
peers.

While this is undoubtedly a positive development, Australia’s long boom has become an
historic anomaly among Western nations.

We conclude that although Australia will have to traverse some significant challenges over the forecast horizon, a recession will be avoided. Indeed, a weaker nominal growth environment will have to be navigated and a period of relative economic convergence to other developed nations is likely to occur.

It is likely that not only will Australia’s long boom continue, policy makers will increasingly seek to reflate the non-mining economy through 2013 and 2014. As a consequence, the coming period may feel more like an economic recovery for the vast majority of Australians as the mining investment boom recedes and macro economic policy is eased materially to accommodate the shock.

The combination of a solid global backdrop, a recovery in the non-mining sector, looser financial conditions, the passing of the fiscal drag and contained inflationary pressures suggest a relatively upbeat outlook for the Australia’s equity market with returns in the mid teens expected through 2013.

China: Fears over an abrupt change in the China economic model post the leadership handover peaked approximately 10 weeks ago. Economic data has stabilized with modest improving momentum now in evidence. Inventory levels appear sufficiently low to support commodity prices although a general pick-up in demand is some time away. Broader Asia is also showing increasing signs of a modest re-acceleration, helping to allay fears of a deeper downturn in China.

Europe: The region still appears destined for an ongoing shallow recession, marked with bouts of policy injections. Nevertheless, steps by European policy makers to insulate both banking and sovereign risks have made incremental progress and the European banking system is recapitalizing itself as time progresses without a major step down in economic and financial stability. Analysts continue to expect risk to continue to compress in Europe, albeit at a slower rate moving forward.

US: In contrast, economists are particularly concerned over the event risk of negotiating a swift and acceptable resolution to the looming “fiscal cliff”. Our US economics team suggests if no resolution is reached, an annualized hit of 4% of GDP could be expected in early 2013. Brokering a deal could return markets to a crisis point and, combined with a somewhat disappointing US earnings season, our US equity strategy team expects the S&P500 to dip to 1250 by year end.

We see that there are opportunities within each asset sector and it is important that clients continue to have a well diversified position within your investment portfolio and approach which is based around your life stage and short term capital requirements.  We will continue to monitor the outcomes from the US as discussions continue and have access to a range of alternative secure income options outside of the standard cash and term deposits as interest rates continue to reduce.  If you need assistance or would like to review any elements of this please contact our office.