Should you be worried about Greece? 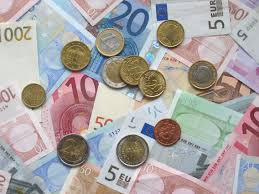 By now you would have heard in the media the unfolding situation in Greece and may be asking yourself this question.

It surely isn’t the best way to end a financial year however the focus on Greece is not something new and has been going on since 2009 when the European Debt Crisis emerged.  We have put this together with thanks to the research team at PATRON Financial Advice and Infocus Wealth Management.

The European Debt crisis started near the end of 2009 almost a year after the US investment bank, Lehman Bros, collapsed on September 15th 2008.

When house prices started to decline in the US in 2007, there were ramifications for some of Lehman’s products – and these impacts snowballed as investors realised that they didn’t understand who owed what and to whom. Credit markets seized up and the US Treasury stepped in with a number of bailout programmes was the Quantitative Easing (QE) programme that started in late 2008 and ended in October 2014.

The US started its reducing the QE programme in December 2013 meaning that it was still pumping funds into the system but at a progressively slower rate.  Market volatility occurred because no-one really knew what it would mean for markets.

The US Treasury bailed out many US banks but most, if not all, have since recovered and paid back their Treasury Loans with a profit to the taxpayer. It is unimaginable to think what might have happened without this bailout. Even the 1929 Depression would probably have looked like good times in comparison.

Some commentators say that QE didn’t work because the US economy is not back to full strength. This is a silly comment in the extreme because the comparison must be against what the US economy would have been like without QE – and no-one can be certain what that would have looked like. In the Great Depression on the 1930s images of men jumping trains to criss-cross the country in search of work abounded, soup queues were long, etc. If that or worse would have happened without QE then QE was a resounding success. US unemployment has fallen from over 10% in 2008-9 to about 5.5% in 2015. US government debt stood at around $4.5 trillion dollars after QE finished.

In 1992, the Maastricht Treaty bound European members to control fiscal management (government debt management) responsibly. During 2000 – 2008 some member countries started to structure their debt in a manner, and possibly with a purpose, similar to that of Lehman Brothers. As a result, the true debt positions of member countries were not transparent.

When the European Crisis started in late 2009, four countries, collectively called the PIGS (Portugal, Ireland, Greece and Spain) we all love a good acronym, were singled out as being particularly problematic. Some people included Italy as the fifth of the PIIGS. Debt-to-GDP levels were uncomfortably high and the PIIGS needed some sort of financial bailout.

The so-called ‘Troika’ (European Central Bank [ECB], International Monetary Fund [IMF] and the European Commission [EC]) provided its first bailout to Greece on May 1, 2010 (110 billion euros for 3 years) in return for certain ‘austerity’ measures. Similar measures were attached to the other PIGS’ bailouts. Portugal, Ireland and Spain have each successfully exited their programs in 2014 and their economies are starting to get back to normal. The UK – which does not use the euro but had some fiscal issues – voluntarily adopted some form of austerity under the Conservatives and now has one of the strongest economies in the developed world. David Cameron was recently re-elected for another five years on that result – and this time with a majority government.

What is the state of play today?

The Greek Prime Minister resigned in November 2011 because of the unpopularity of the austerity measures adopted in 2010 and he was replaced by an interim Prime Minister who tried to co-operate. Syriza – anti-austerity party – was elected to office in December 2014. They have played hardball in negotiations and so have the creditors. Greece is almost certain to default on a $1.7bn payment to the IMF due on June 30th. Another payment of around $8bn is due on August 31st. That looks unlikely to be paid too.

Greece was the first country to ever default since 377BC! Since independence in 1829, Greece has been in default about half of the time. However, the previous currency – the drachma – could devalue to help the country’s economy adjust. Since it is now part of the eurozone, it cannot devalue its currency without leaving the euro and possibly the EU.

A referendum is to be held on Sunday July 5th with Yes and No the only possible answers to the question of whether or not to adopt austerity. Nobody in the world wants austerity for him or herself but the Greeks apparently want to stay in Europe and that means accepting austerity. The Europeans also want Greece to stay in the eurozone. A new government may well have to be formed after the referendum and that could buy negotiating time.

The Greek Banks are closed – but everyone has had so much warning to squirrel away money – even in other countries. The Greek stock market is closed at least for tonight. There is a 60 euro limit per day on withdrawals from ATMs.

Why did our stock market go down?

Our market opens and closes before Europe the US. Therefore, uncertainty typically induces a sell-off until major markets are observed. Remember when the US lost its AAA rating on Friday August 5th 2011? We lost ‑2.9% on the day. That night, Wall Street lost over ‑6% and we opened on Tuesday with an early loss of over ‑5% but we finished up +1.2% on the day!

What is the big issue with Greece?

Why is ‘austerity’ such an issue in Greece?

What if Greece exits the euro?

As always diversification is key to any successful portfolio approach with a long term view.